He is a genuinely fully-rounded artist, with well-honed skills that have proved adaptable in a wide range of roles and musical genres. The combination of intellect and passion Steve brings to every situation and role has placed him in great demand on the Toronto music scene he has long called home. His reputation and his work have also travelled well beyond city limits.

If pressed, Steve will cite the guitar as his favourite instrument, but he is equally at home at the piano and keyboards as well as bass, ukelele ,baritone guitar,mandolin and percussion. His talent as a multi-instrumentalist has been put to good use in his work as an acclaimed and award-winning composer for film and television.

In 2001, Steve co-founded The EggPlant, a full-service production house supplying creative to the television and advertising community. This company has gone on to earn a stellar international reputation for its work, as evidenced by the Emmy Awards Steve and his partners have earned. 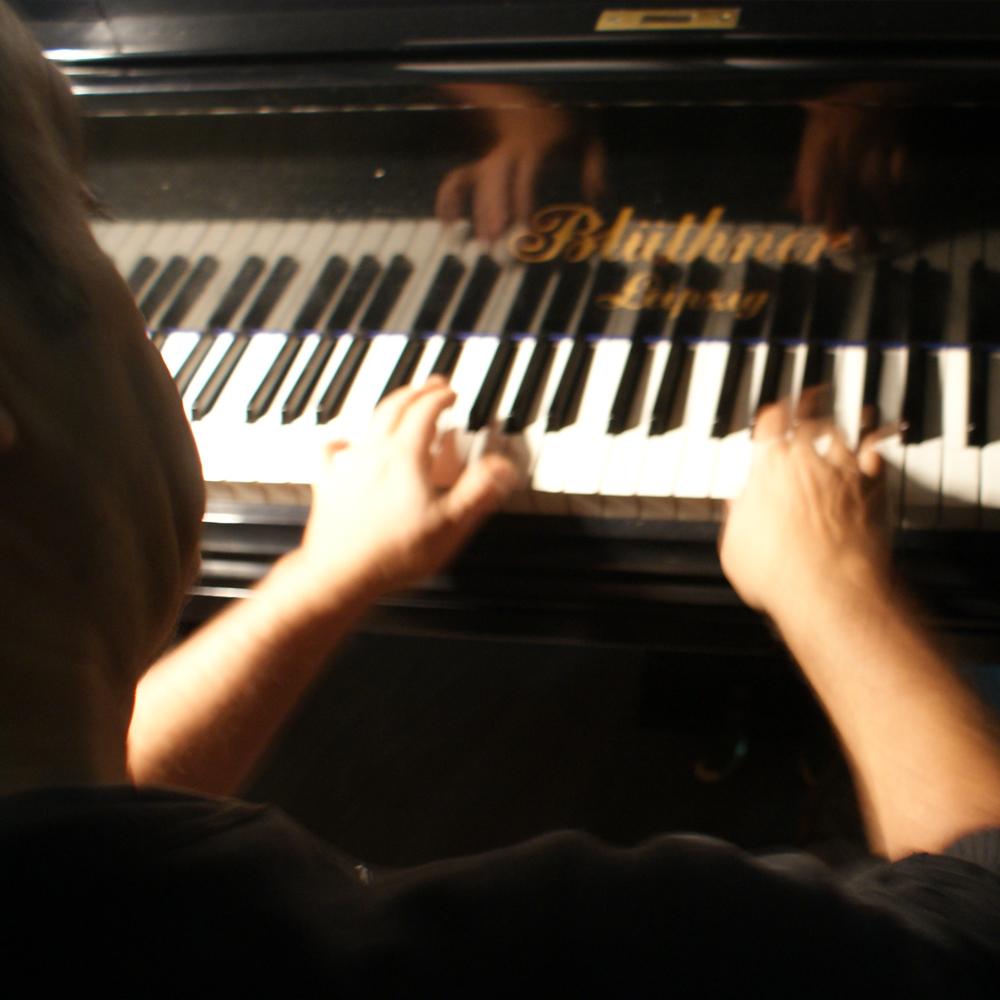 In 2008, D’Angelo took home a Daytime Emmy Award for Best Original Song, Children’s or Animated, for the PBS-aired FETCH!

Prior to EggPlant, Steve amassed invaluable experience as a performing and recording musician as well as a composer for television and radio. He graduated from York University with a Bachelor of Fine Arts in Music (majoring in jazz composition and arranging), then immersed himself in Toronto’s thriving r ‘n b scene. Long a member of George Olliver’s renowned band Gangbusters, Steve also worked extensively with soul diva Liberty Silver.

His versatile musicianship also scored him roles as a touring guitarist with Juno-winning roots-based singer/songwriter Susan Aglukark and with Bowzer’s Rock ‘n Roll Party, backing up such artists as Little Anthony and Sam Moore (Sam and Dave).

On the jazz front, Steve worked with the likes of Doug Riley and Guido Basso, prior to leaving the  touring and session world behind in favour of pursuing a career as a writer of music. His compositional skills quickly placed him in great demand, with the CBC and local stations such as CFMT and City TV becoming regular clients. He has contributed over 100 themes, including news and station I.D. music, for them. D’Angelo was also involved in writing the music for many successful Ad campaigns for some major multi-national  clients, such as American express,Labbats,Molson,Ford,Guiness ,McDonalds, Microsoft etc.

Through EggPlant, Steve has been able to collaborate with some genuine international musical legends. For the emmy winning animated series Peep And The Big Wide World, he wrote and arranged music for the blues/world music star Taj Mahal. His score for this same show also received an annie nomination.
He also wrote and arranged music for the legendary South African vocal group Ladysmith Black Mambazo for the theme for Land Before Time.

Getting to work closely with New Orleans music pioneer Dr. John ranks amongst Steve’s career highlights. “He and his band came into the studio to record the theme  for Curious George, and I produced that session.

Steve often now performs Dr. John numbers in Mo Betta, the r ‘n b/blues-rooted combo he leads and plays guitar. “I’ve written a few vocal tunes for Mo Betta and I might include them on my next jazz record,” he notes. 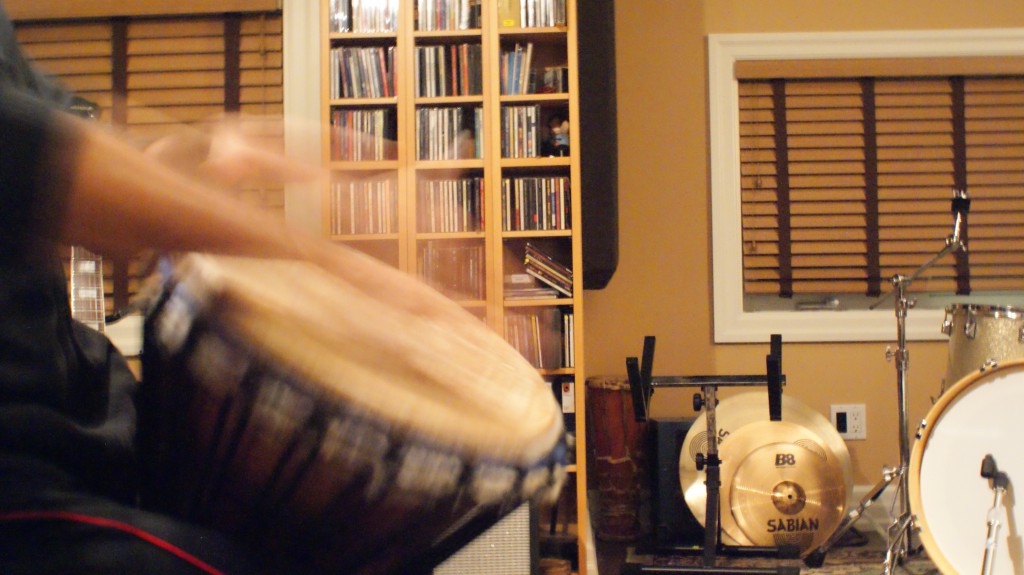 D’Angelo has even, in a sense, collaborated with John Lennon. That occurred when he came up with the score for the short animated film My Hometown produced by his Eggplant partner Terry Tompkins in collaboration with Yoko Ono. The film was based on a prose piece written by Yoko Ono that also incorporated her song “Remember Love,” the B side of the famed “Give Peace A Chance.” “In creating the score, I got to work with Yoko’s voice and John’s guitar,” recalls Steve. “That was a challenge, but a very satisfying one.”

Ono was thrilled with the results, and My Hometown was shortlisted for an Academy Award. To launch the film, D’Angelo helped organize a concert of notable local singers (including Tom Wilson of Junkhouse and Blackie and The Rodeo Kings) performing Yoko songs at a Toronto club.

The EggPlant team remain highly sought-after by major international clients. Steve is currently co-writing all the songs for the long-running and globally popular Thomas The Tank Engine TV series. He has also penned themes for some of the most iconic and longest running Canadian television shows, including The 5th Estate, The Passionate Eye and The National, to name just some.

All this high-profile and challenging compositional work has just spurred D’Angelo’s determination to keep writing music for his own projects. Steve has never been fenced in by the barriers of genre. His musical ears have always been wide open, attuned to styles as disparate as contemporary classical music and the avant-garde (Philip Glass, Steve Reich) to the jazz greats (Mingus and Miles), vintage ’70s fusion (Herbie Hancock’s Headhunters) and the funky New Orleans sounds of The Meters and Dr. John.

Having such eclectic tastes has proved invaluable in both his composing work at EggPlant and for his own jazz-rooted writing. “I think my love of 20th century classical music does filter into my jazz writing,” he notes. “The influence of the best ’70s fusion groups like Herbie Hancock’s Headhunters is also showing up more in my writing and playing now, and I sense my next record will feature more of that.”

D’Angelo made his solo debut as a recording artist in 2008 with his album Monkey Swing. Based around his fluent and tasteful guitar playing and inventive compositions, this is a diverse and charming instrumental jazz record that showcased Steve’s talent as a player, writer, bandleader and producer. Fleshing out his tunes was an A-list of Toronto musicians, including piano virtuoso Robi Botos, the rhythm section of Scott Alexander and Kevan McKenzie, and ace horn players John Johnson, Vern Dorge, Dave Dunlop and Perry White.

Steve’s ambition for the record was a modest one, as he recalls. “I made Monkey Swing as a vehicle to get back to playing live with some regularity.” It did just that, leading to an always well-attended residency at Toronto venue Veritas. The record did reach a wider audience too, thanks to regular airplay of many of its cuts on top Toronto jazz station JAZZFM. 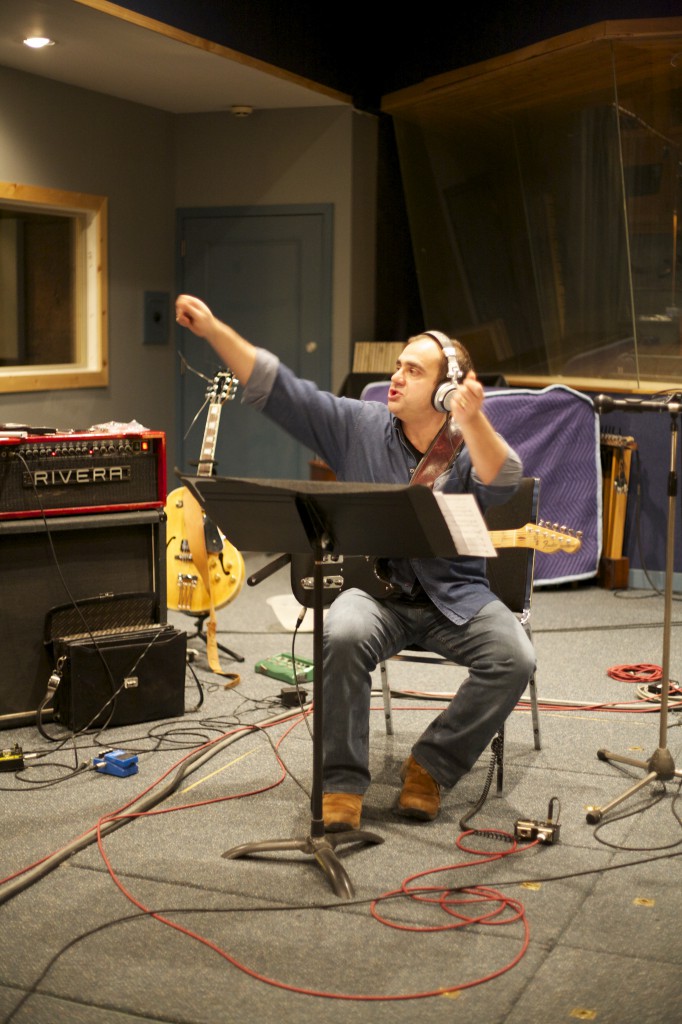 D’Angelo is excited about the new material he is now writing for a planned second solo record. “I have finished five songs that I’ve been rehearsing with my band and more are in the works. I think what I’m writing now is stronger melodically and better crafted because I want to make sure they work in a trio setting, even though that might be augmented to a quintet when I record them. With Monkey Swing, I experimented a lot with form, and I may straighten things out a little for the new one.”

Steve is planning to release the new album in April 2016, to be followed by appearances at many of the major Ontario summer jazz festivals. Possibilities for the new record include the inclusion of a couple of original vocal tunes and perhaps a cover song. Whatever its final form, you can rest assured that Steve D’Angelo’s commitment to quality and his multi-faceted musical talent will make this an album worthy of your attention.

Check out his work